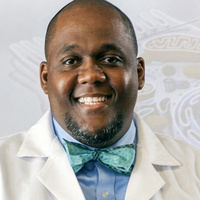 Casey Bethel is a passionate educator, an accomplished scientist, and a mentor to students of all ages. He was named the 2017 Georgia Teacher of the Year. He was also nominated for the Presidential Award for Excellence in Math and Science Teaching and he earned a master's degree in plant genetics from the University of Georgia and a bachelor's degree in biology from Fort Valley State University. He is the system-wide K-12 science and STEM coordinator for the Douglas County School System. Prior to that role, he served as program director for campus and community coordiation with Georgia Institute of Technology's Center for Education Integrating Science, Mathematics, and Computing, where he coordinated professional development and STEM outreach programs. He also served as a science teacher and mentor at New Manchester High School in Douglasville, Georgia, where he taught advanced placement biology and physics and sponsored Project Manhood, a male mentoring group.

His research has included work in biochemistry to find cures for Alzheimer's disease and inherited glaucoma. His findings have been published in various peer reviewed journals, inclduing the Journal of Theoretical and Applied Genetics, and lessons he designed have been featured in the Journal of Chemical Education.

Celebrating FVSU's Founders
The chains of physical slavery were broken in the United States by the Civil War, but the chains of mental slavery could only be broken through education. On November 6, 1895, an interracial group of 15 black men— at least half of whom were former slaves— and three white men, petitioned the Superior Court of Houston County, GA to legalize the creation of a school to “promote the cause of mental and manual education in the state of Georgia,” and the Fort Valley High and Industrial School was born. The group’s leader, John Wesley Davison, himself a child slave, was hired as its first principal after its incorporation on January 6, 1896. The school’s popularity was overwhelming, and enrollment pushed the boundaries of its capacity. FVSU is one of few colleges founded by former slaves, including founders Davison, Virgil Gideon Barnett, Peter Fann, Henry Lowman, Thomas McAfee, James Isaac Miller, Charlie H. Nixon, and Thomas W. Williams, who bonded with founders Stephen Elisha Bassett, Allen Cooper, Francis W. Gano, John Howard Hale, David Jones, J.R. Jones, D.L. Lawrence, Alonzo L. Nixon, and Lee O’Neal to create an enduring testament to the power of knowledge to overcome fear and mistrust.

This event content is powered by the Localist Community Event Platform.

Login to interact with events, personalize your calendar, and get recommendations.